Why Zingerman’s Teaches All Employees About Cash Flow, Revenue, Depreciation, and Expense Management 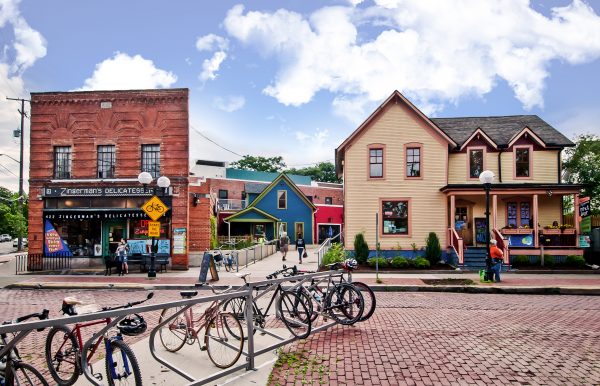 Zingerman’s is a community of over 10 businesses spawned from a single deli in Ann Arbor, Michigan.

Since 1982, the company has grown rapidly, but co-founders Ari Weinzweig and Paul Saginaw rejected traditional growth paths in the food industry like franchising or vertical integration. Instead, the company found its scaling path through a combination of deeply knowing their “why” and leveraging the power of open book management.

Just before Zingerman’s Deli opened in March 1982, everyone told them they were going to fail because so many others had failed before them and they opened in a “bad” neighborhood.

The business was a hit.

By 1986 the deli expanded its restaurant space and in 1991 the business purchased the house next door to turn it into a cafe. But with success came imitators and competition from other restaurants who wanted a piece of the market Zingerman’s had built.

Ten years into the business, Paul sat Ari down and asked him a serious question: what are we doing?

“In our current language, what he was asking me is, ‘what’s your vision,’ and I really didn’t have one,” said Ari.

After a year of deep conversations about the company’s “why” – some friendly and some tense – the duo realized they wanted growth, but didn’t want to franchise out the Zingerman’s model like other massive restaurant chains were doing in the 80s and 90s. This led to the idea of a group of businesses, each one unique. That way the business could grow but it would not require a franchise model.

Describing their strategic approach in retrospect, Ari said it was about the heart.

Teaching business skills to everyone

While thinking about what business to build next and how to build what Ari started calling a “community business,” he stumbled upon the concept of open book management, which states every employee should be able to see and know as much as possible about how the business operates.

Using a sports metaphor to explain how open book management works, Ari explained that the “players” (staff) often aren’t told how the business works, which leads to misaligned incentives. For example, a staff that doesn’t understand business numbers are happy on a slow day because it means their work is a bit easier. However, too many slow days will kill a business.

“They don’t know the score, and then if the team wins or loses, they don’t really get anything,” said Ari. If they do get something, it’s generally in a very paternalistic sort of ‘nice job honey, here’s fifty bucks.’”

Ari and Paul wanted to build their business differently, with employees understanding the business and rooting for its success. That’s where open book management came in. The pair shared the business’ numbers and educated people on how the business actually operates, showing top line revenue all the way down to bottom line profits.

A broken plate and a fry for your thoughts

Detractors of open book management say that giving away too much financial information about the business will drive employees away or risk your competitive position. Ari and Paul say they’ve experienced the opposite: people have become more innovative and aligned to business goals now that they have all the information.

“Performance is better when people understand – this is a huge one – the cost of what it means to drop something and break it,” said Ari. “The average frontline employee in most organizations is like, ‘Whatever man, they got so much money, who cares if I dropped 10 plates.’ Whereas here, they see how small the margins really are.”

Being honest about a broken plate is not about punishment – Ari is the first to admit he’s dropped many in his time with Zingerman’s – but instead, it’s about being conscious. For example, if the company has to replace hundreds of broken plates throughout the year, that creates an additional expense that reduces the ability to donate to charity or deliver a profit share to employees.

Beyond clear costs like a broken plate, open book management also helped Zingerman’s Roadhouse, a classic American diner, come up with an innovative solution when it was facing skyrocketing food costs.

Everyone could see rising food costs in the books, so the team huddled together to think about possible solutions.

There were lots of great ideas, but the winning idea came from a Dishwasher at the restaurant. He noticed that he often had to throw out significant amounts of french fries before washing dishes. After taste testing and verifying the fries tasted good, the team realized it was likely because portions were too big for some people. In response, the team brainstormed a solution: cut the regular fry portion in half, but offer free refills to anyone who enjoyed the previous, larger portion.

“This is a great example because it’s win-win-win; you’re spending less money [and] everybody gets excited that they could get a free refill,” said Ari. “… It actually enhances their experience culinarily and emotionally. It saved money for the business, it made the guest experience better, and it raised the bar on quality.”

A Zingerman’s for everyone

Thinking back to that conversation in 1993 where he pushed back on franchising, Ari is still happy he made that choice. Now, Zingerman’s community of brands has its original deli, a roadhouse, multiple other restaurants, a catering business, and even a training company that works with other businesses that want to embrace open book management.

While he might have made more money if he franchised out the Zingerman’s deli brand, focusing on a broader vision and a deeper “why” powered by open book management, the company was able to sustainably grow and run multiple profitable food services businesses, an extraordinary feat in the small business world.

And regardless of money, Ari is focused on quality and uniqueness, which is something he just doesn’t see as possible with a massive franchise model.

“My experience of that everywhere in the world is the first one’s awesome, the second one’s not bad, the fourth one is fine, and the eighth one, it’s like stopping at Starbucks,” said Ari. “I’m not cutting on Starbucks, that’s their vision and they’re entitled to go after what they want to do, but it just wasn’t work I wanted to be part of.”